Historic Decisions by The Supreme Court

It was a historic week for the Supreme Court of the US. During the fourth week of June, the Justices handed down decisions that protected life itself and rights protected by the First and Second Amendments. All three were great results for the recognition that the US Constitution means exactly what it says, that it limits government authority. Also, all three decisions as written leave decades of litigation ahead of them to finally achieve the protection of the Constitution for a limited government. The Court handed us some powerful tools to work with, which is good because there is much work ahead to build on these decisions.

In the case that will always be called “Dobbs,” six Justices ruled in favor of upholding a Mississippi law that banned almost all abortions after the 15th week of pregnancy. Four of the Justices, Thomas, Gorsuch, Kavanaugh, and Barrett, joined Justice Alito’s opinion that also overturned previous Court rulings in “Roe” and “Casey.” Chief Justice Roberts agreed with the majority, except that in a separate opinion, he argues that the Court should not have overturned Roe. The important finding is that the majority ruled that there is not a “right” to an abortion. This is important because of the treatment by the states and federal government of how they have restricted our explicitly enumerated rights to peaceably assemble or be secure our houses or our papers. 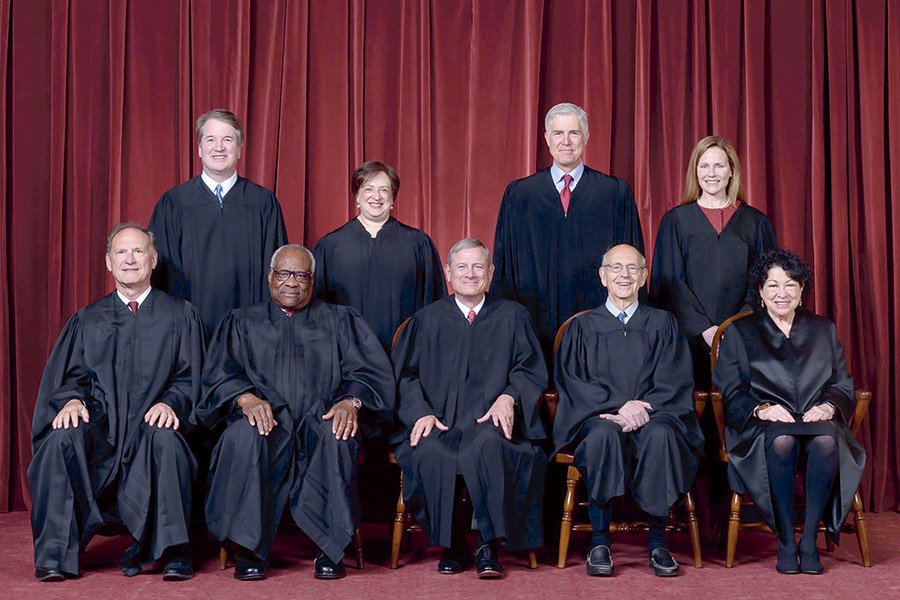 Not just Second Amendment advocates were handed a powerful tool in Justice Thomas’ opinion for New York State Rifle & Pistol Association v. Bruen. In another 6-3 decision, the Court essentially declared any gun control law unconstitutional, requiring a law-abiding citizen to show proper cause to exercise our rights as protected by the Second Amendment. This ruling does not eliminate the ability of the States to require licensing. It looks like it eliminated any judicial review of laws concerning the 2nd Amendment except by “strict scrutiny.”

Fourth Amendment advocates were handed a powerful tool in this quote from the Court’s opinion, “… the Constitution can, and must, apply to circumstances beyond those the Founders specifically anticipated, even though its meaning is fixed according to the understandings of those who ratified it.” “Papers” may have become more than something that can be rolled up and put into a saddlebag.   (.. continue reading…)

Where the Light Will Shine Next

The goal of The Floyd Beacon newspaper was “Shining Light on Community and Government.” Our website will remain up. After August 1st, the website will begin to change. The format will change, and our coverage will change. They will expand. We want to take advantage of the opportunities that being on a website offers that we could not do when it reflected a printed newspaper. As we adopt an internet-centric presentation, we will also adapt to the new media.

Articles may be short and spontaneous. Some of the articles on the website will be longer to provide more in-depth coverage of the topic. There can be more pictures of events instead of one or two when we were constrained by printed space. Videos! We will learn to use videos to capture what our shining Light reflects.

We will continue to be a place where the community can contribute. If someone wants to write about time spent on The Little River, canoeing, fishing, and environmental cleanup, we will welcome the submission. Did you travel to a historical location or see a show that you want to share? Did you attend a meeting or forum that you want to share? Send an email to editor@thefloydbeacon.com.

We are going to continue to provide a place for a calendar of events. We are not going to be tied to a two-week production schedule. The Editor is changing. I will be the “Editor in Chief” as of July 2nd. The subscription model is going to change to a Patron system. The details are still being worked out, as are advertising opportunities. All current subscriptions to the website will end on August 1st. Our website manager told me that we have to end current subscriptions because (…continue reading…)

For Our Understanding:  Whose Flag is it Anyway

I Am Your Pro-Life Patriot

A Fourth of July Challenge

July 1, 2022, will be the last printed issue of The Floyd Beacon.  All currently running advertisements will be reimbursed for the remaining unused portion of advertising.  All current mailed subscriptions will be refunded the unused portion of the subscription.  Additional information will be available in the paper’s June 15, 2022 issue.  With pride and fondness for our contributors, subscribers, distributors, and advertisers, many we know personally and call friends, we thank them for their support.

Check Out Our January 2020 Edition For Free!

Come home to the Floyd Beacon, a locally owned and operated paper shining light on community and government.  Join us on the Front Porch for civic news or Around the Table for community news. Visit on the Back Porch for our community involvement section of the paper. Submit your birth and wedding announcements or classified ads at an affordable cost. Budget-friendly advertising options for anyone to strengthen our local economy. For information about advertising, email us at: adsales@thefloydbeacon.com.
Find us at local stores, online ​ social media or order your personal subscription at distribution@thefloydbeacon.com to be delivered straight to your home. Email us to suggest topics or get help with an article you may be writing for submission to the paper.

The Floyd Beacon encourages community involvement and welcomes citizens to freely submit articles, essays, recipes or family stories for our fellow citizens to enjoy. All corrections, comments or submissions of 500 or less can be emailed to Kellean Gale at editor@thefloydbeacon.com. The Floyd Beacon reserves the right to edit submissions or use as-is and is not responsible for content of submission. Submit your church or civic group events to calendar@thefloydbeacon.com for our community calendar. There is no charge for event submissions.